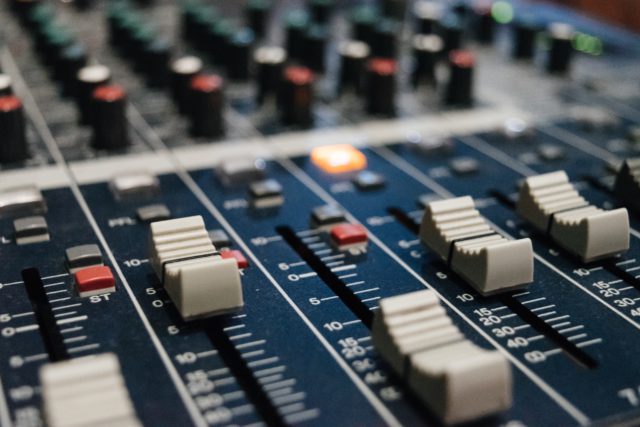 Welcome to the corner of Audio-Visual geek’s

Today we will learn how to better communicate with the Sound Experts in the Audio-Visual sector. Are you a Videographer, podcaster or a film director? Then, you need to express your basic needs better for your audio professionals. You don’t need a long time to learn the basics.

Technical professions such as acoustic engineering, sound engineering, audio engineering, mixer, sound designer, audio equipment testing, musician etc. has a unique way to explain the forms of a sound to each other. Communication in today’s world is not only limited between person to person but also for your own production sector.

What is a Sound?

The Sound is a vibration in the air. Another way to say is an oscillating wave. To describe the meeting of sound with the air, we use the term onde. The ondes provoke a sensation in our ears.

What is a Frequency?

Regardless of the object, vibration creates a sound wave. The back-and-forth vibrational motion of the particles creates 2 main sounds. A narrow band of frequencies and wideband frequencies. The number of cycles that a vibrating object completes in one second is called frequency. The other word of the cycle is a vibration.

2. Sounds that pass the upper audible limit of human hearing of 20,000 Hz is called ultra-sounds. Lower than 20Hz is called infra-sounds. The more trebles frequency is increased, the more trebles move directionally. Between basses, mediums and trebles (In French Grave, Medium, Aigu) the basses go in every direction.

What is a timbre?

Every instrument has its own voice (tone). The timbre of an instrument is made up of its unique vibrations. This uniqueness gives a personality to each instrument. Thanks to sound timbre we can differentiate the variation of tone qualities.

Intensity is a force that we use to play the instrument. The unity measure of Volume is decibels. The loudness of the sound is measured in decibels (dB).

There is no such a place like total silence on earth.

Just to give you an idea the desert has 0-10dB, sound studio has 10-20dB, missile rocket 180dB. If the sound doubles, it corresponds of 3dB of increase in its emission.

The length or a duration of a concert depends on time. Especially if you need a specific music or a harmony in your orchestra it is vital to know when to terminate a sound. The unit of time in the audio-visual world is defined based on a second.

In order to become a great realisator (director), these basic concepts are your time-saving helpers. Having better Communication passes by learning how to use these vocabularies. The more you use the more you become a pro.

What is the strongest insect in the world?

What is the strongest insect in the world?